In the Middle Ages, Bryggen in Bergen was a lively centre for international trade. The characteristic rows of houses built perpendicular to the sea is an example of an architectural style that is nearly 900 years old.

The traditional wooden architecture is evidence to the fact that Bergen is one of the oldest trading cities in northern Europe. Bergen is the only trading city outside of the Hanseatic League where the original structure remains present in the centre of the city.

The houses on Bryggen are built in parallel rows perpendicular to the waterfront, on one or both sides of a shared passage between the buildings. The structure has looked the same since the Middle Ages. The houses were once used as homes, offices and warehouses for the international stockfish trade.

This original use of the area only ended in the 1900s, ending a tradition that dates back 700-800 years.

Despite several devastating fires in the city, the buildings have been rebuilt within the original property boundaries. The current wooden structures were built following a fire in 1702. Following subsequent fires in 1955 and 1958, around a quarter of the original buildings remain intact.

Bryggen was inscribed on the World Heritage List in 1979.

View photos of Bryggen in Bergen 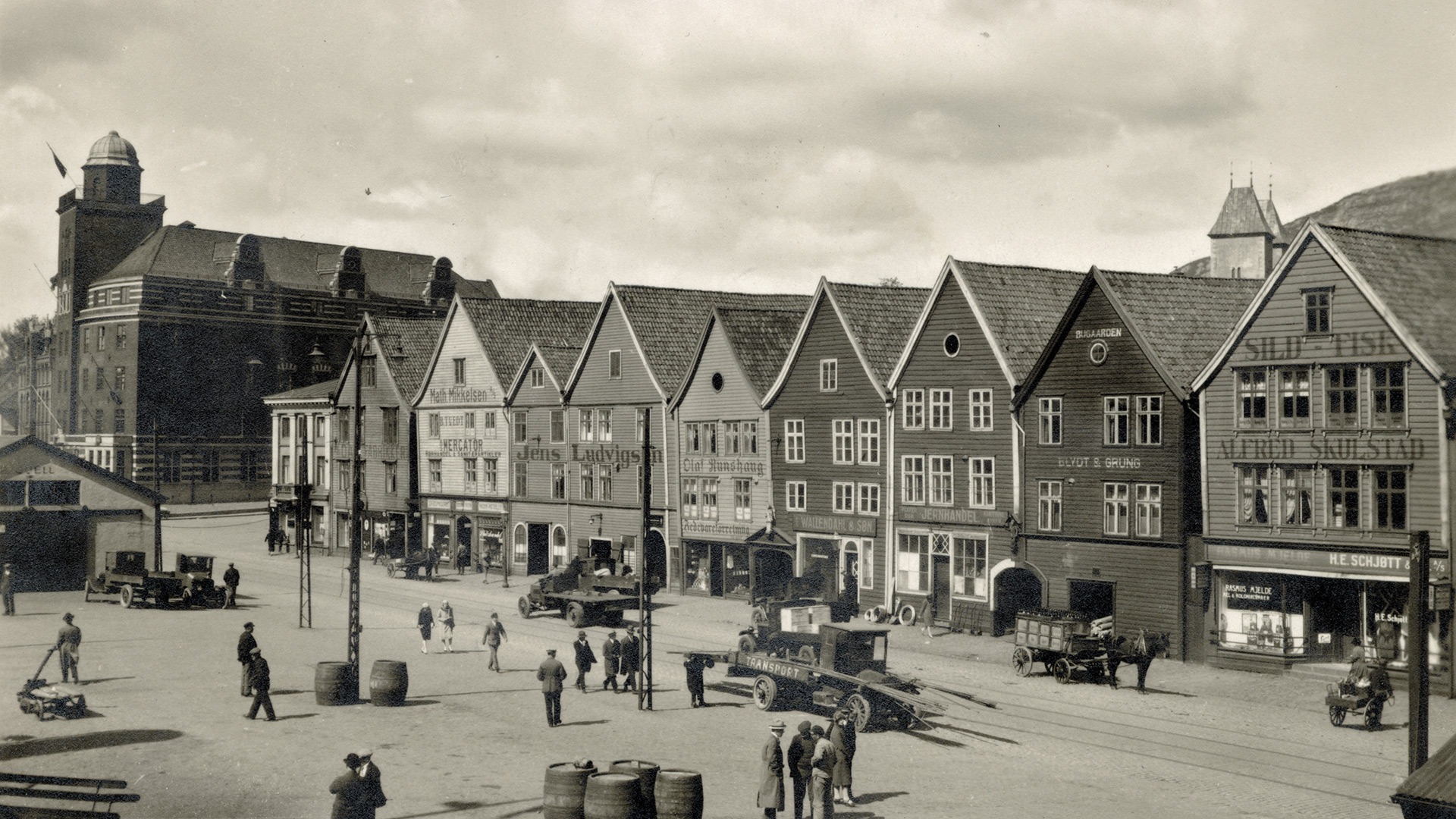 Bryggen in Bergen. in days gone by.
Photo: unknown 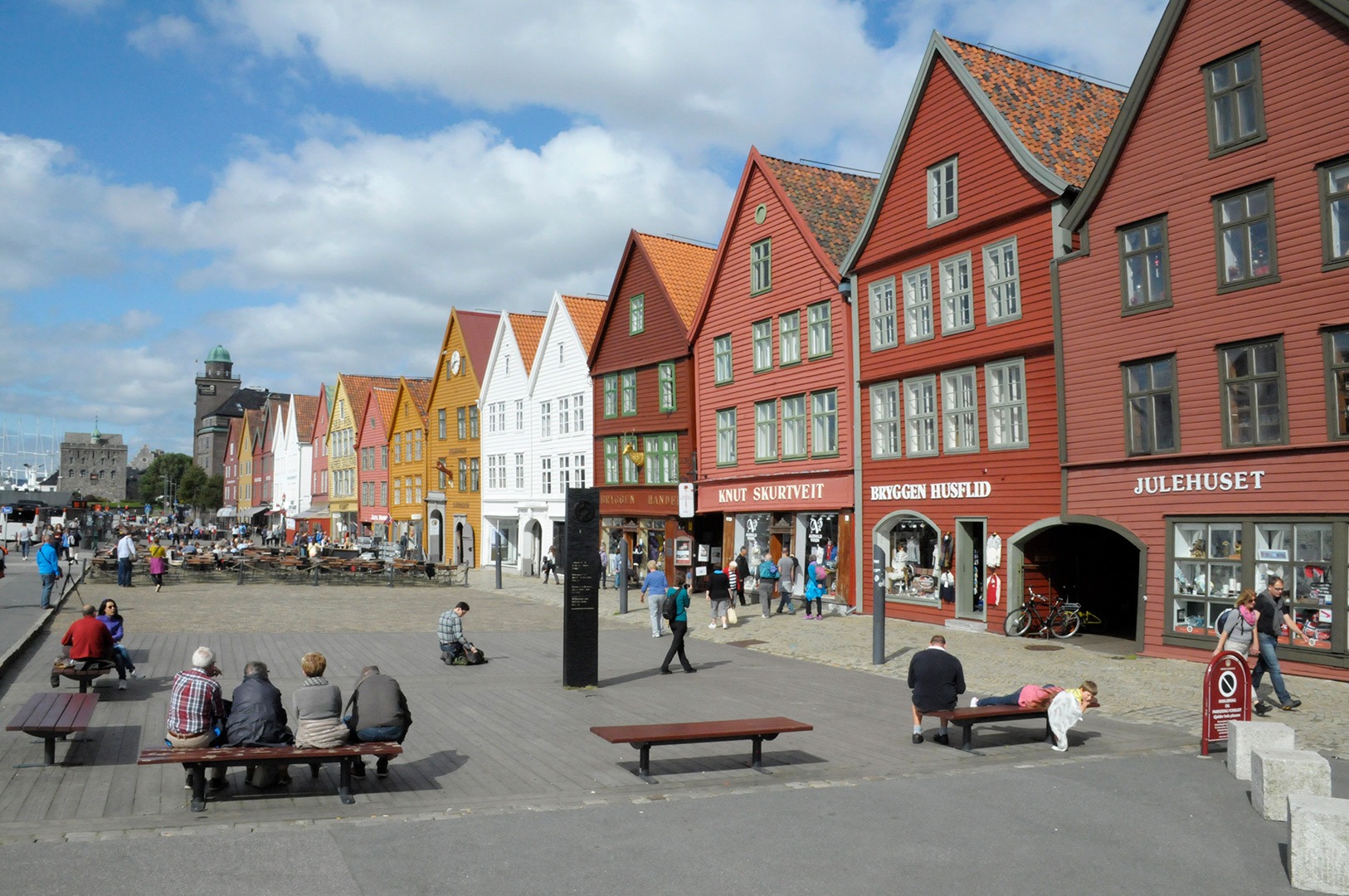 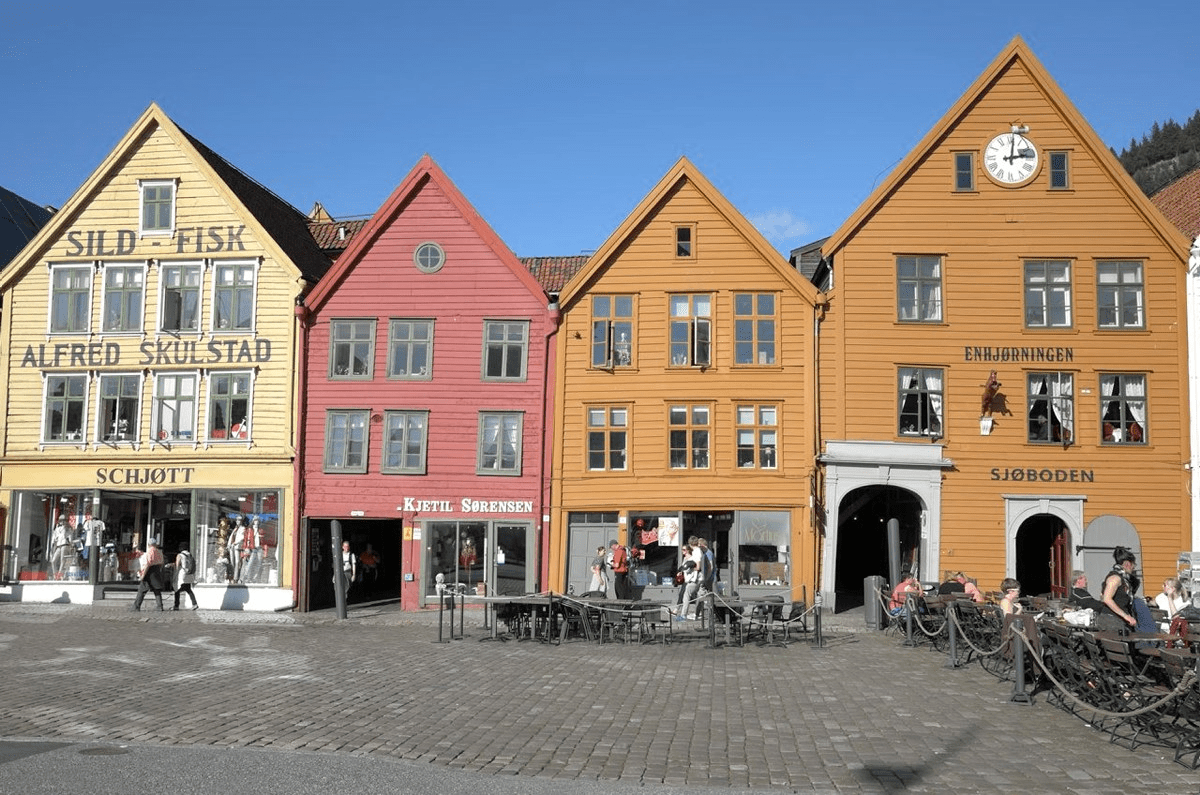 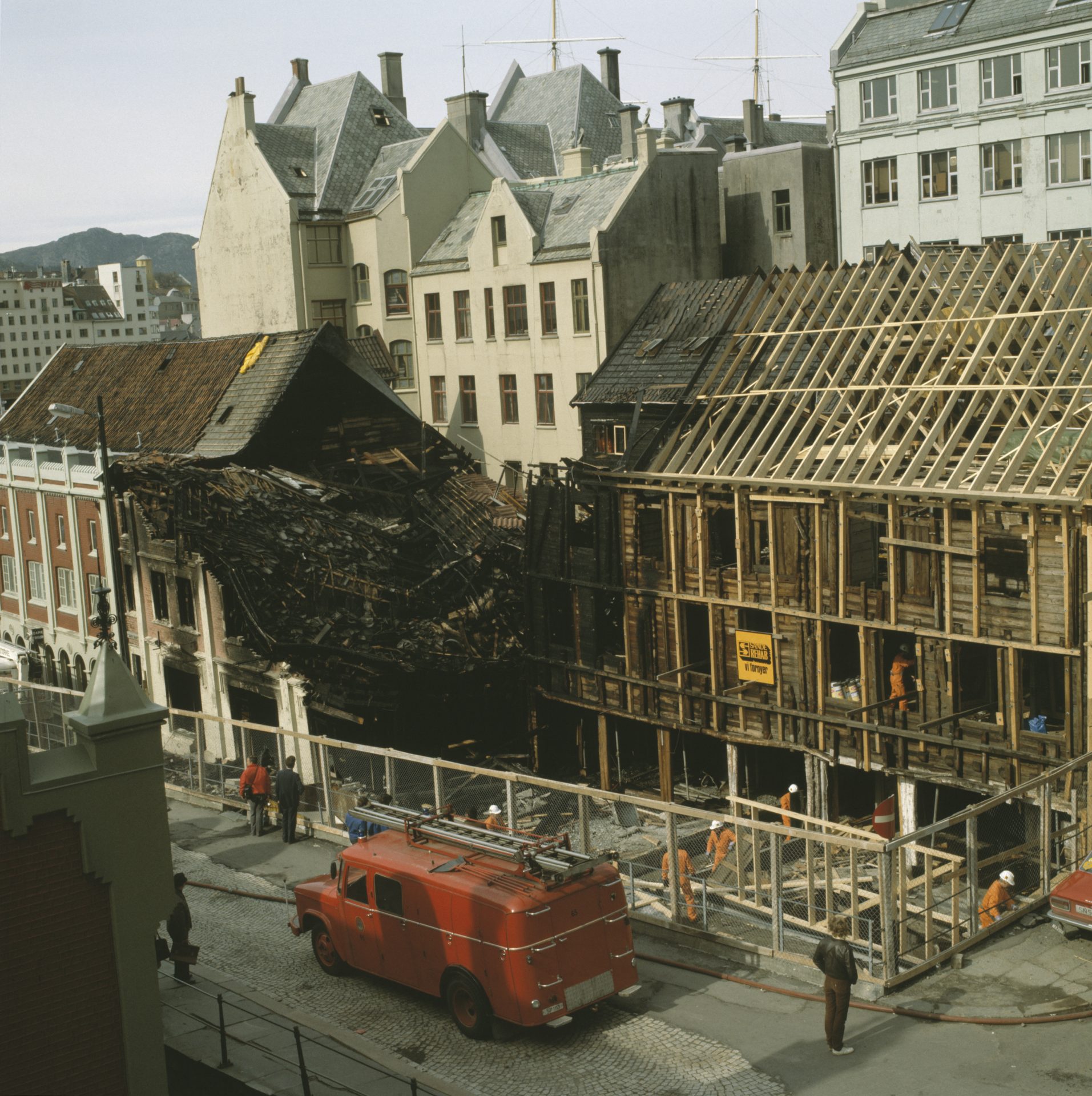 Fire in Bergen. After the Finnegården fire in 1982.
Photo: Arve Kjersheim, the Directorate for Cultural Heritage 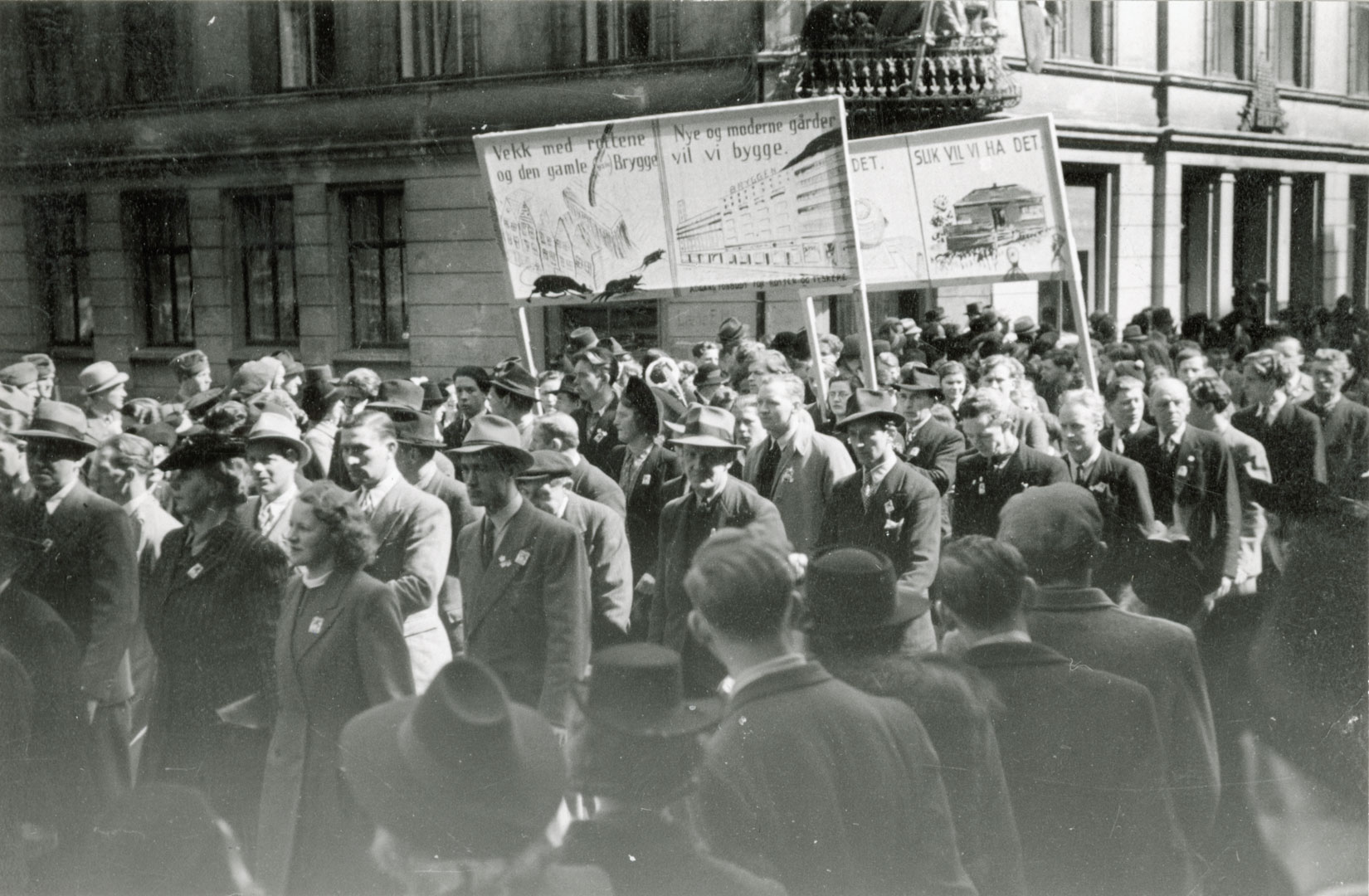 Demonstration for the demolishing of Bryggen in Bergen in 1945/1946. There were calls to demolish “German bryggen” around 1900, after the Second World War and in the 1950s. Today, Bryggen in Bergen is considered a national treasure and has been inscribed on the UNESCO World Heritage List. It is also one of Norway’s top tourist attractions.
Photo: Unknown, the Directorate for Cultural Heritage 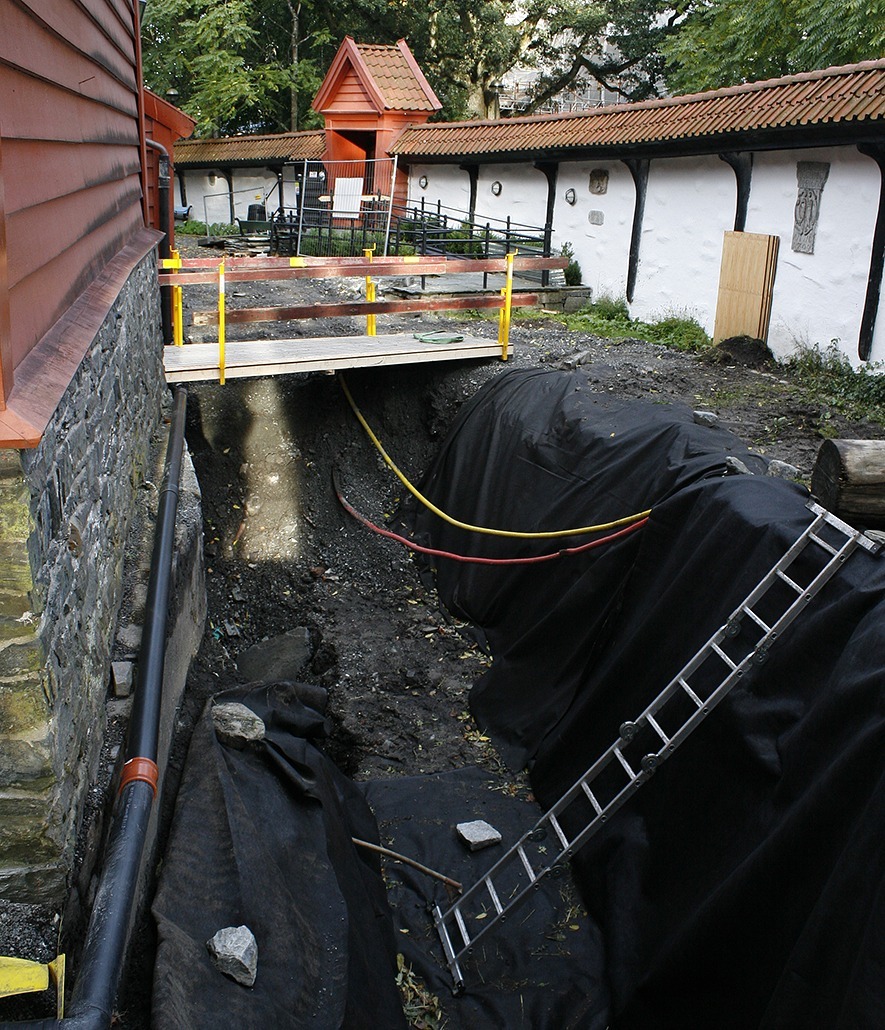