Rjukan and Notodden are home to large plants and comprehensive environments that represent businesses and industries that have been essential for Norway as an industrialised nation. These locations are testament to the breakthrough of electrical energy for industrial purposes and the electricity-based processes that took place internationally around the turn of the last century, commonly referred to as “the second industrial revolution”.

The history of hydropower

Huge water resources accumulate on the Hardanger plateau, which is why the area has historically been a centre for pioneering hydropower activities both on the eastern and on the western side.

Norway’s enormous water resources were first used to generate electricity in the early 1900s. This created the conditions for the development of large-scale chemical industries.

It enabled Europe to start producing chemical fertilisers and other important chemical substances. These new substances partly replaced potassium nitrate imports from Chile.  In the space of just a few years, this resulted in explosive growth in industrial areas such as Notodden and Rjukan, and later in Tyssedal and Odda. A fruitful combination of Norwegian nature, science and entrepreneurship and foreign capital occured, with the aim of developing a new artificial product for the global market.

Notodden is the very birthplace of Norway’s hydropower-based chemicals industry, with famous names such as Sam Eyde and Kristian Birkeland at the forefront. The company Norsk Hydro was established in 1905 with headquarters on Notodden, which was at the time a centre for experimental calcium nitrate production.

The complex by Heddalsvatnet in Notodden represents an impressive waterfront featuring industrial buildings built between 1907 and the 1920s.

Notodden was also where the Birkeland-Eyde electrical arc process was tested on an industrial scale. A trial factory was built to attract foreign investment banks to the Norwegian industrial adventure. This factory was also used to test and compare different oven types and production methods, and it was here that Norwegian engineers developed the absorption tower as an effective way of binding nitrogen from the air in calcium nitrate.

Large-scale industrial production began in the Vestfjorddalen valley where the town of Rjukan was built below Rjukanfossen. To this day, the place features the hallmarks of a company town created by the company Hydro.

Neighbourhoods with worker accommodation, for example, can be found close to the factories that utilised the hydroelectric power. The Vemork and Såheim power stations were built in 1911 and 1915 respectively.

The power stations, Norsk Hydro’s factory areas and the residential areas built were given a modern design by young Norwegian architects, inspired by international ideals and the nationalist mood that prevailed around the time when Norway became independent. Some of the building types used here, for power and industrial activities for example, were unknown prior to being seen here and had few or no predecessors. The architects drew a series of buildings that express function and symbolic power.

Examples of important and unique buildings found in Rjukan are public buildings such as the Tveito school, the Folkets hus community centre and Norsk Hydro’s administration and guest accommodation building.

Another outstanding example is the Krossobanen cable car, built in 1928 to transport Norsk Hydro workers up to the sunshine.

The Rjukan Line will always be linked with the arrival of modern industry in Norway, but also with Norwegian war history. The Rjukan Line is one of the single most important aspects of technical/industrial heritage forming part of the Rjukan-Notodden cultural heritage. 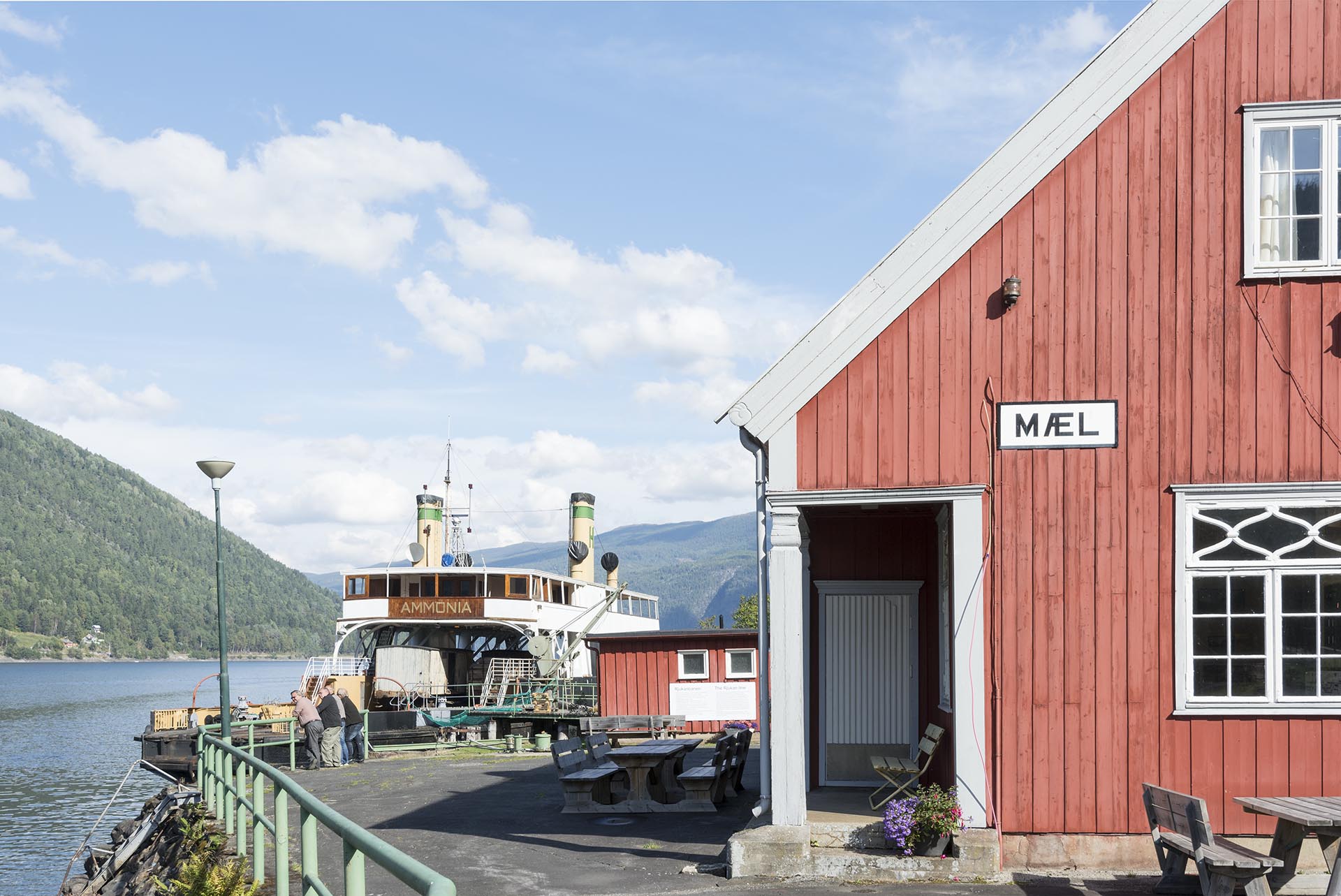 Mæl Station on the Rjukan Line with Ammonia in the background
Photo: Per Berntsen 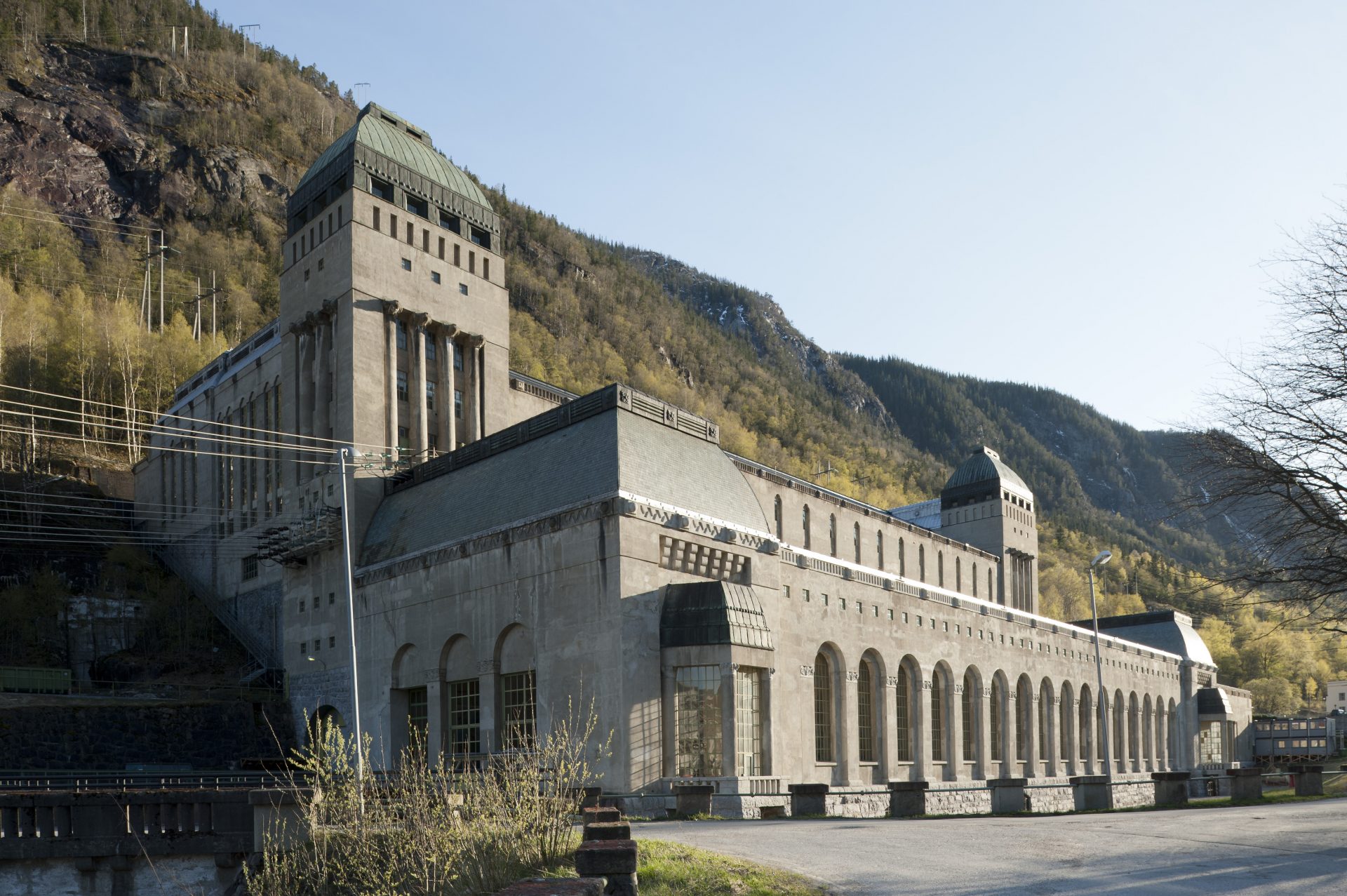 Såheim power station in Rjukan was accorded listed status in 2003. Såheim is part of the Rjukan-Notodden Industrial Heritage Site and thus included on the UNESCO World Heritage List. Built in 1914 based on plans by architect Thorvald Astrup and Professor Olaf Nordhagen.
Photo: Per Berntsen 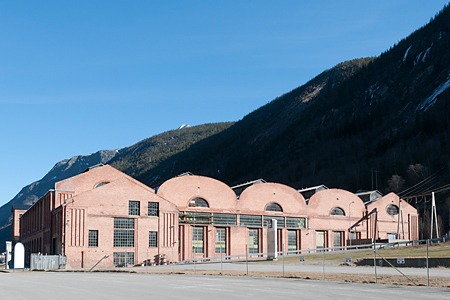 Rjukan Line. Along the Rjukan Line
Photo: Ulf I. Gustafsson, the Dircetorate for Cultural Heritage 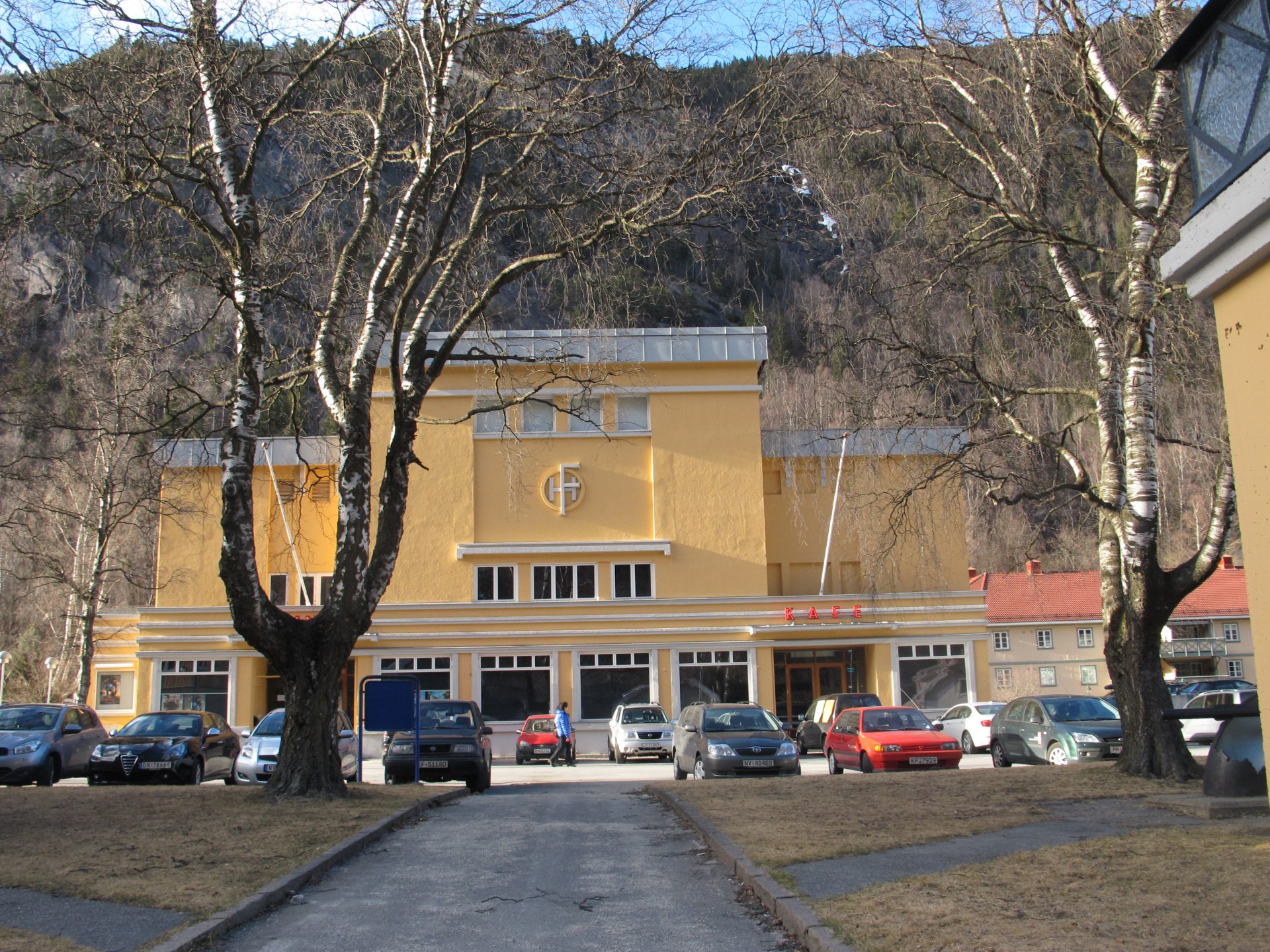 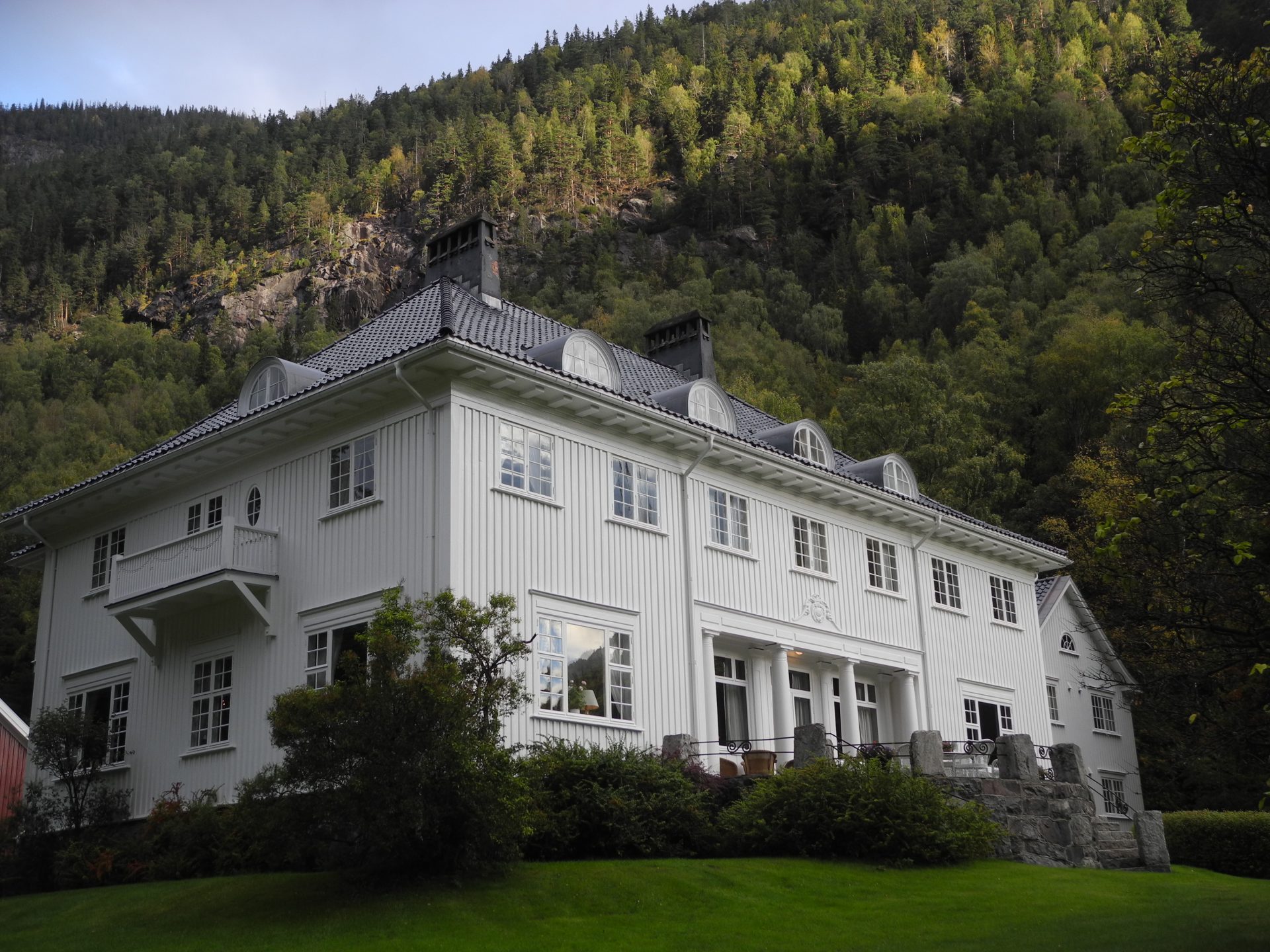 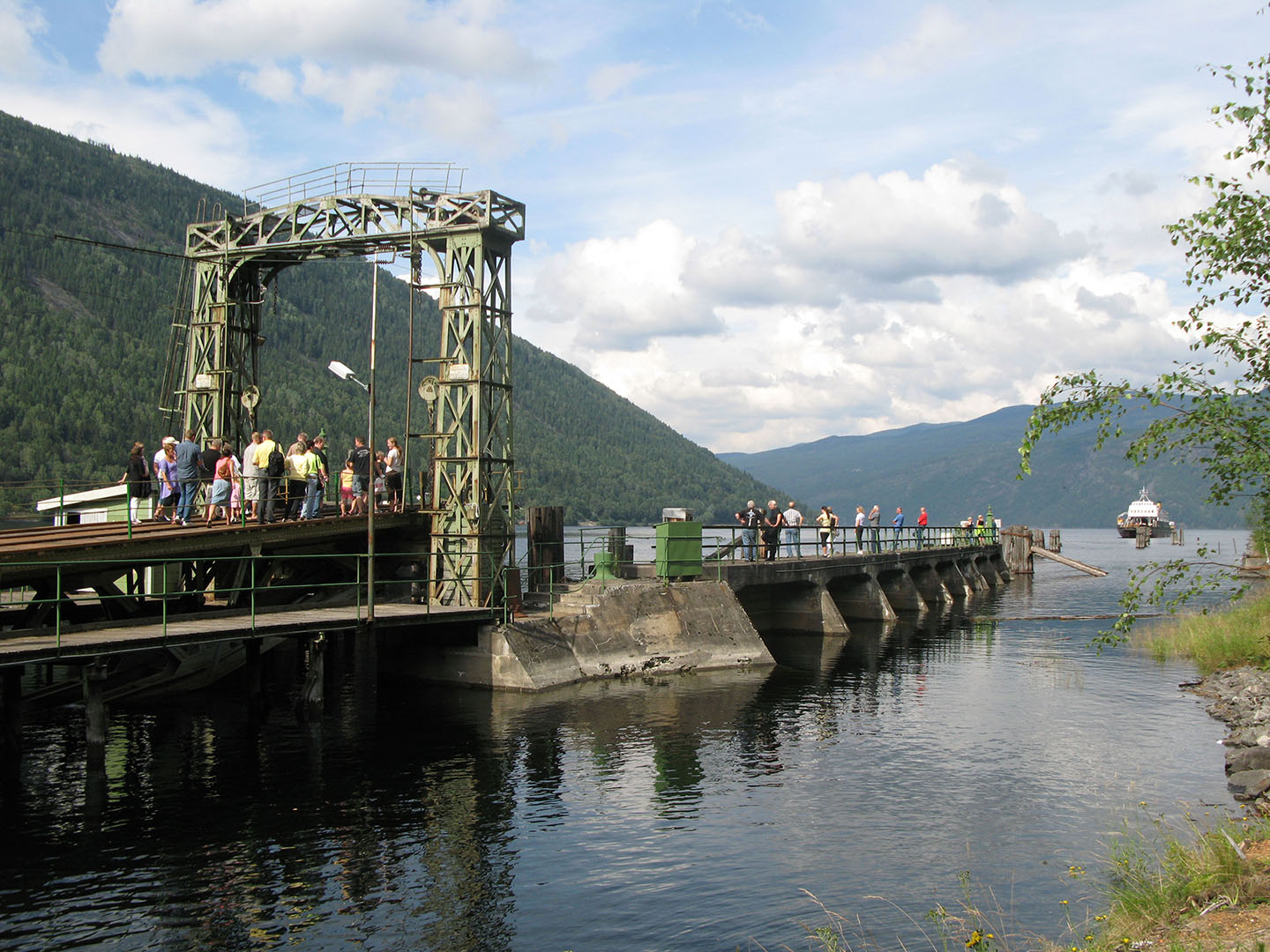 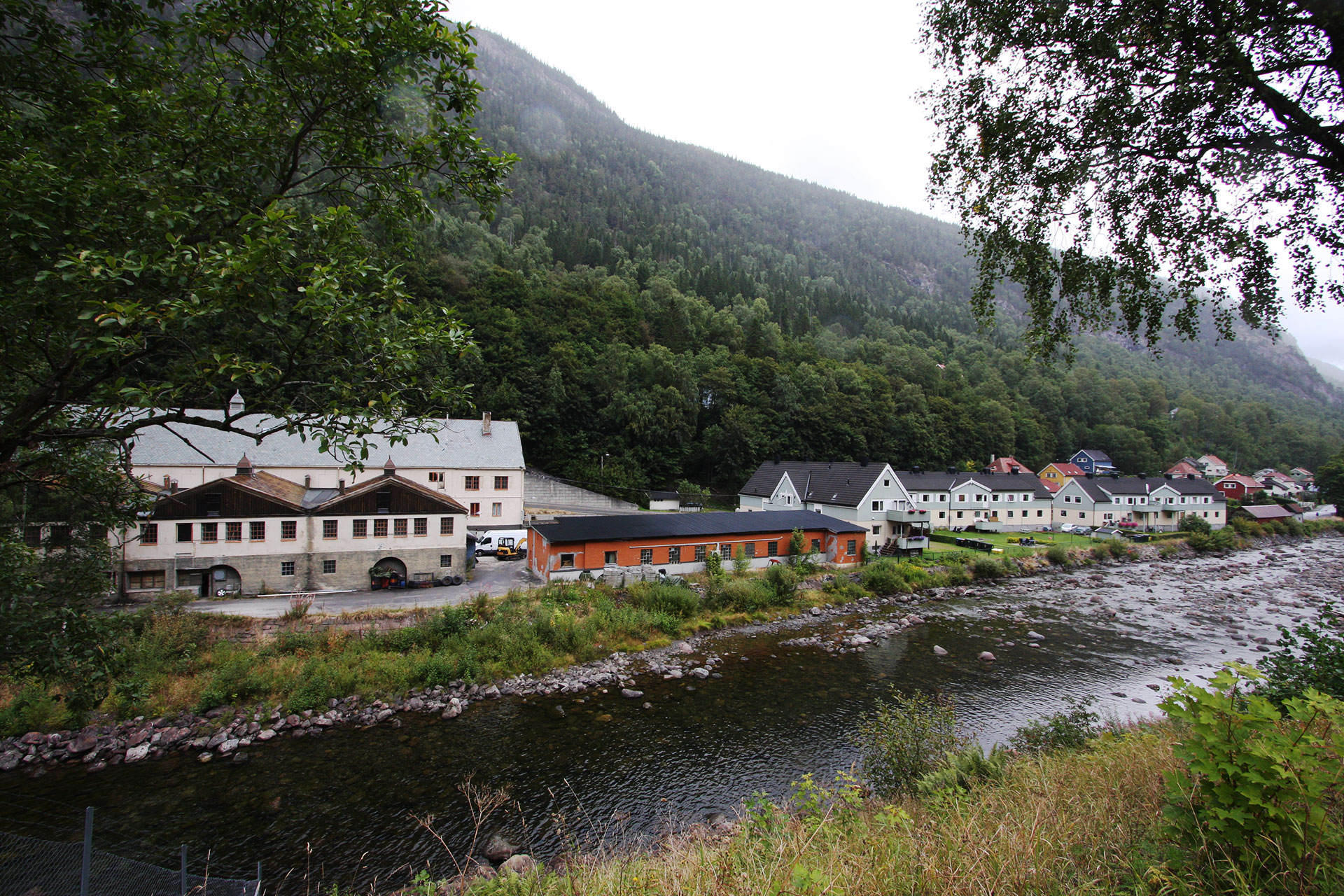 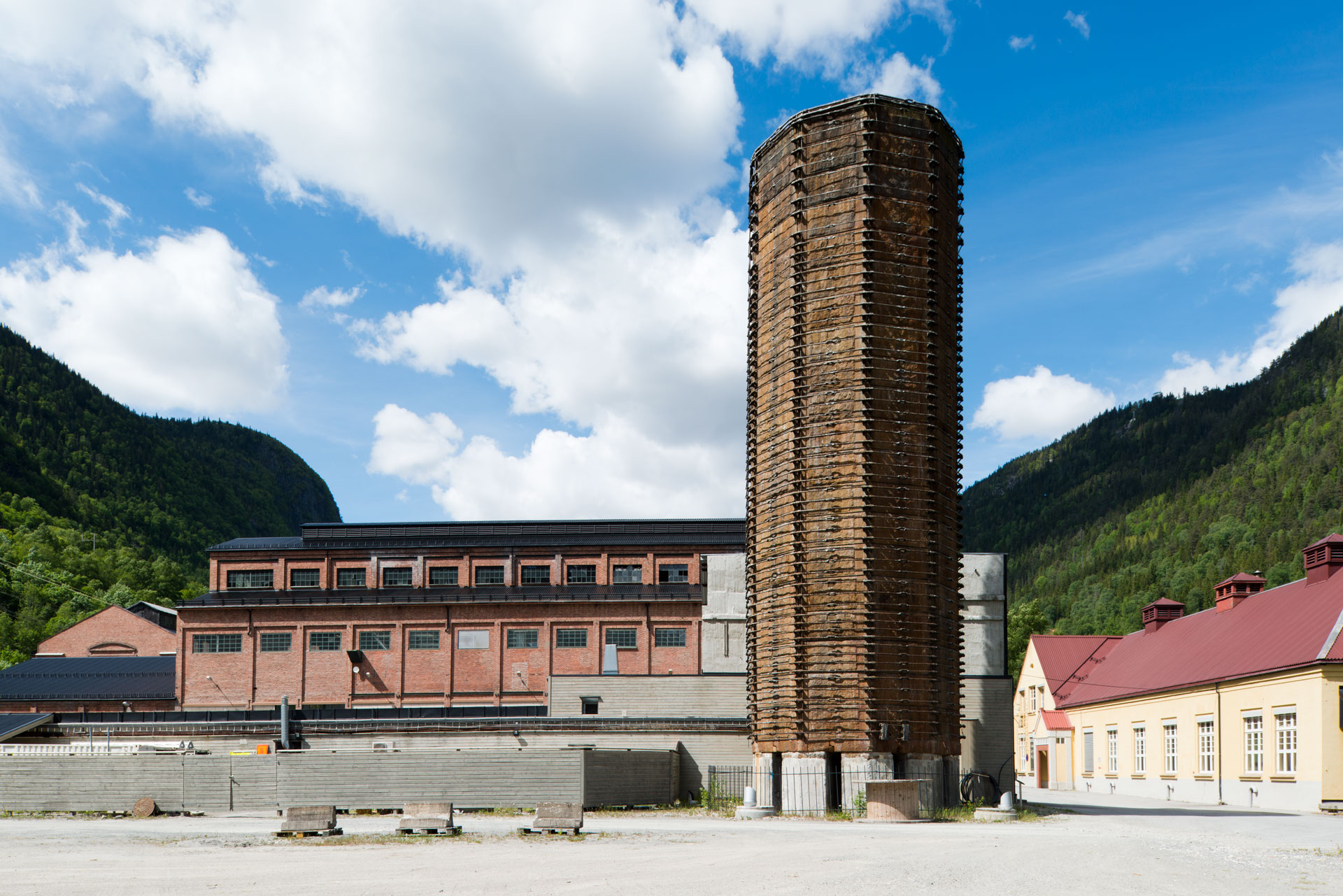 The acid tower is the only building that remains from the initial production plant ‘Rjukan I’ which began producing ammonium nitrate and “Norwegian salpeter” in November 1911.
Photo: Per Berntsen, the Directorate for Cultural Heritage 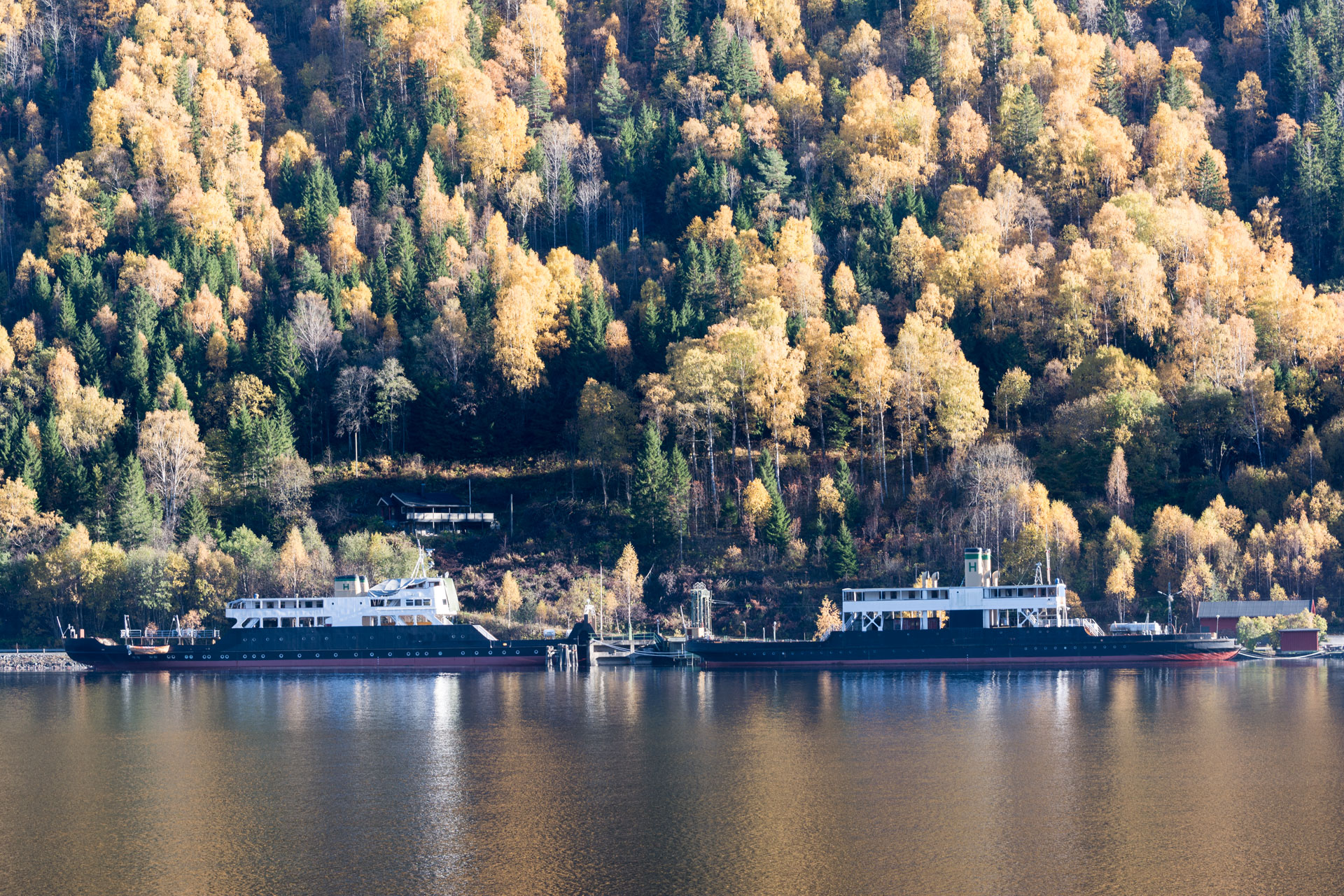 Storegut and Ammonia. The ferries M/F "Storegut" and D/F "Ammonia " are part of the transport system around Rjukan and Notodden which consists of the Tinnos Line ferries on Lake Tinnsjøen and the Rjukan Line.
Photo: Per Berntsen, the Directorate for Cultural Heritage 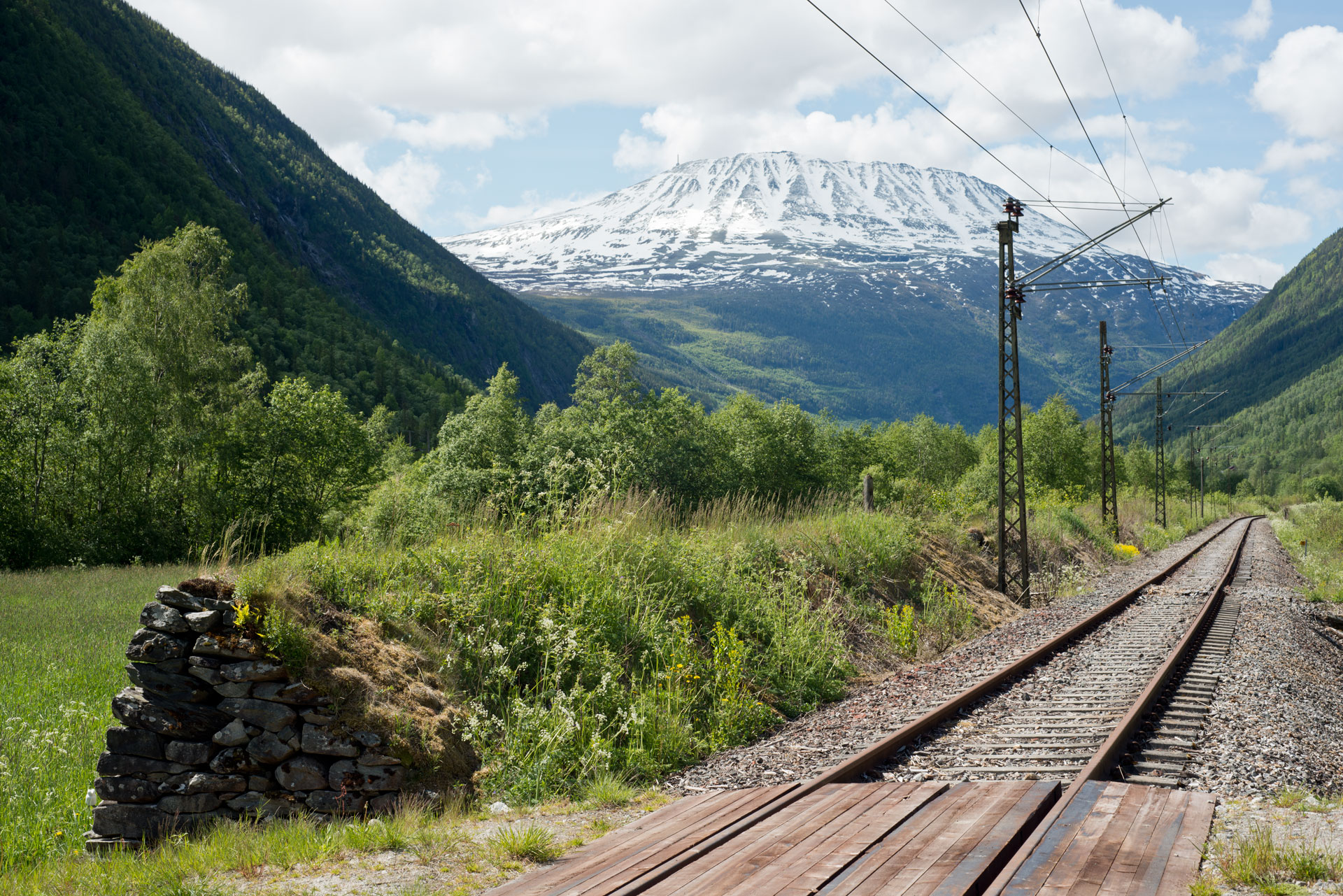 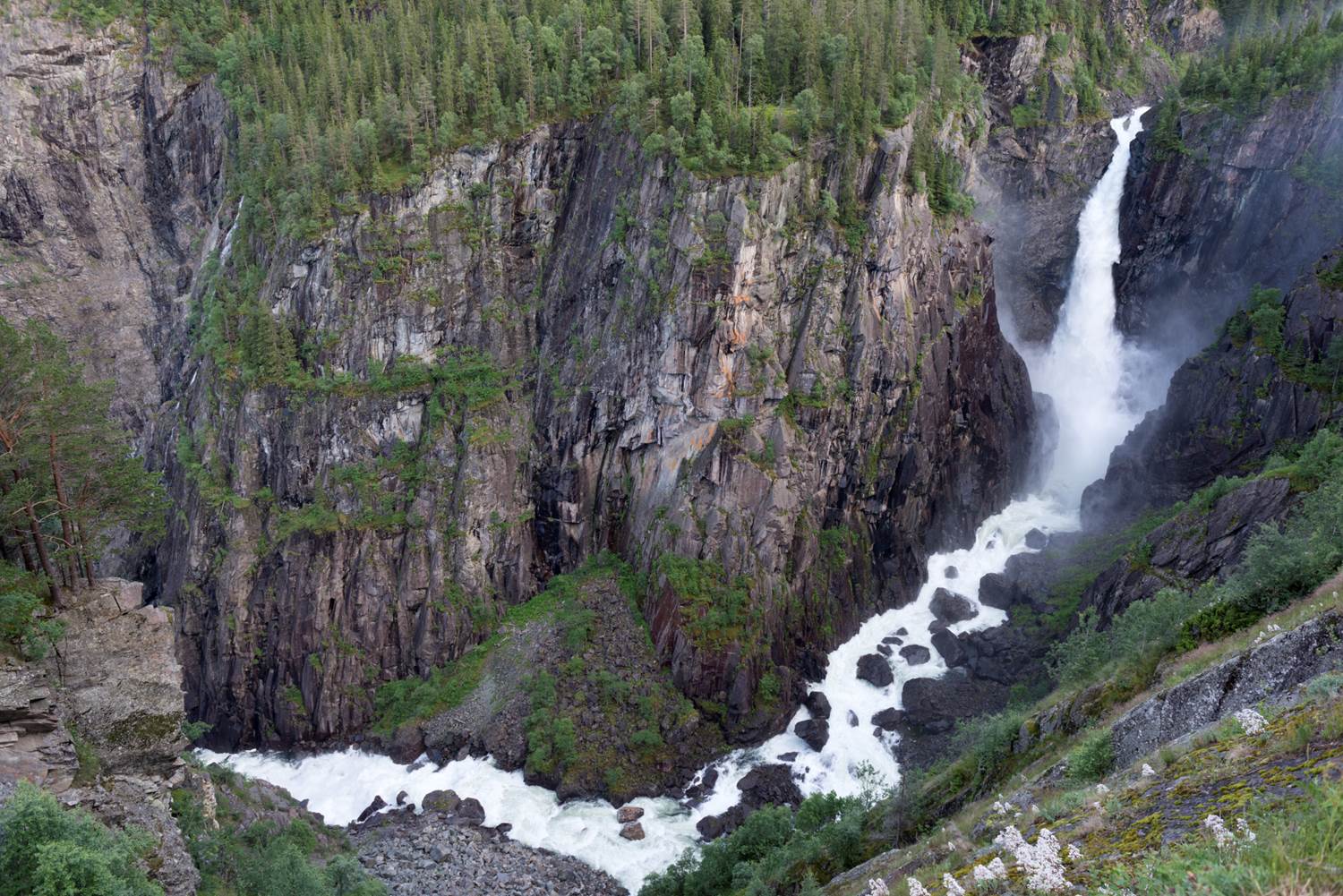 Rjukan and Notodden. As a World Heritage site, Rjukan-Notodden tells the story of the industrial adventure whereby water is transformed into electricity, thus enabling industrial activities and creating jobs.
Photo: Per Berntsen, the Directorate for Cultural Heritage 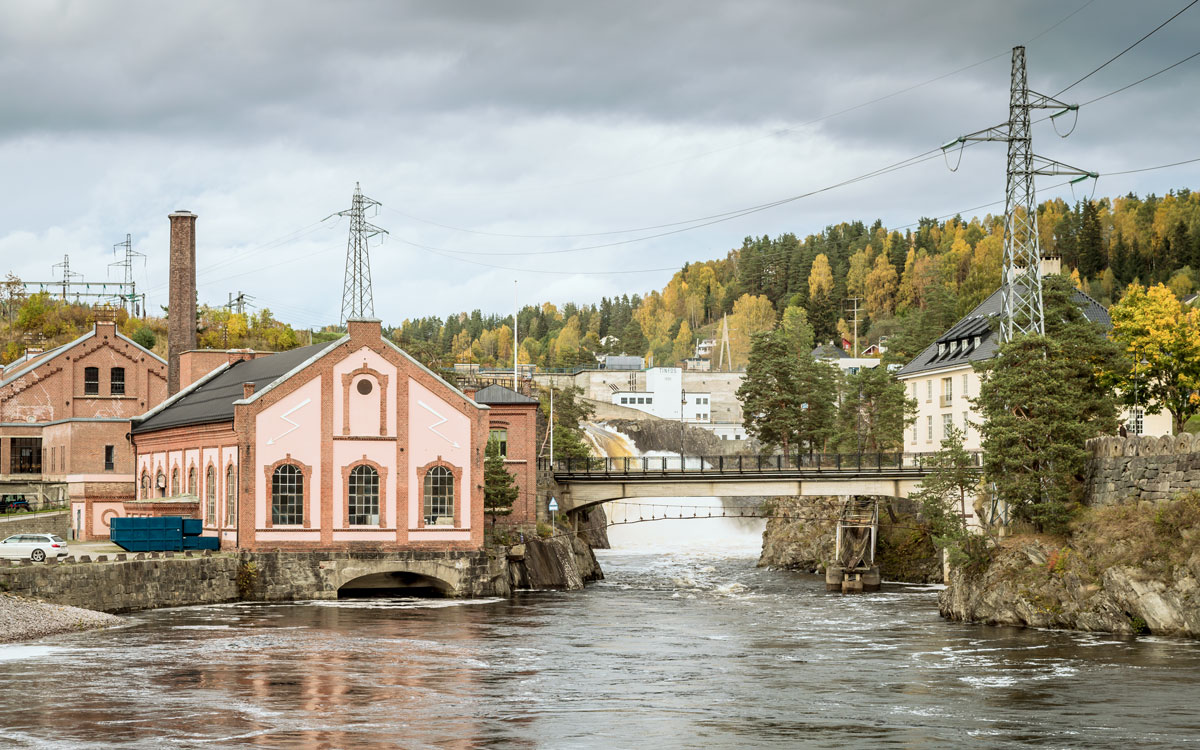