The rock art in Alta gives us an insight into the lives and world perceptions of people who lived more than 6,000 years ago. Ever since the first images were discovered accidentally in 1973, rock carvings and paintings have been found in five different locations in the area.

There are more than 3,000 images located between nine and 27 metres above today’s mean water level here — the largest number of images ever discovered in northern Europe.

Due to the land elevation, the carvings can be divided into phases spanning more than 4,000 years (from 4,000 years BC to year 0), thus providing us with a key to the chronology of rock carvings found in the rest of Scandinavia. The carving motifs- indicate that there was contact between the Alta settlement and areas to the east and south. Individual images and most composite scenes feature remarkable hunting and capture motifs.

What makes the Alta rock art so unique is that the carvings and paintings are so varied. There are more than 5,000 different images in total. The most characteristic ones feature animals, particularly reindeer and moose.

Most images are quite small, measuring between 20 and 40 cm in height. Some are rather true to life while others are geometric or stylised. The carvings and paintings illustrate the development of symbolism and religion in northern regions of the world.

The Alta rock art was inscribed on the World Heritage List in 1985. 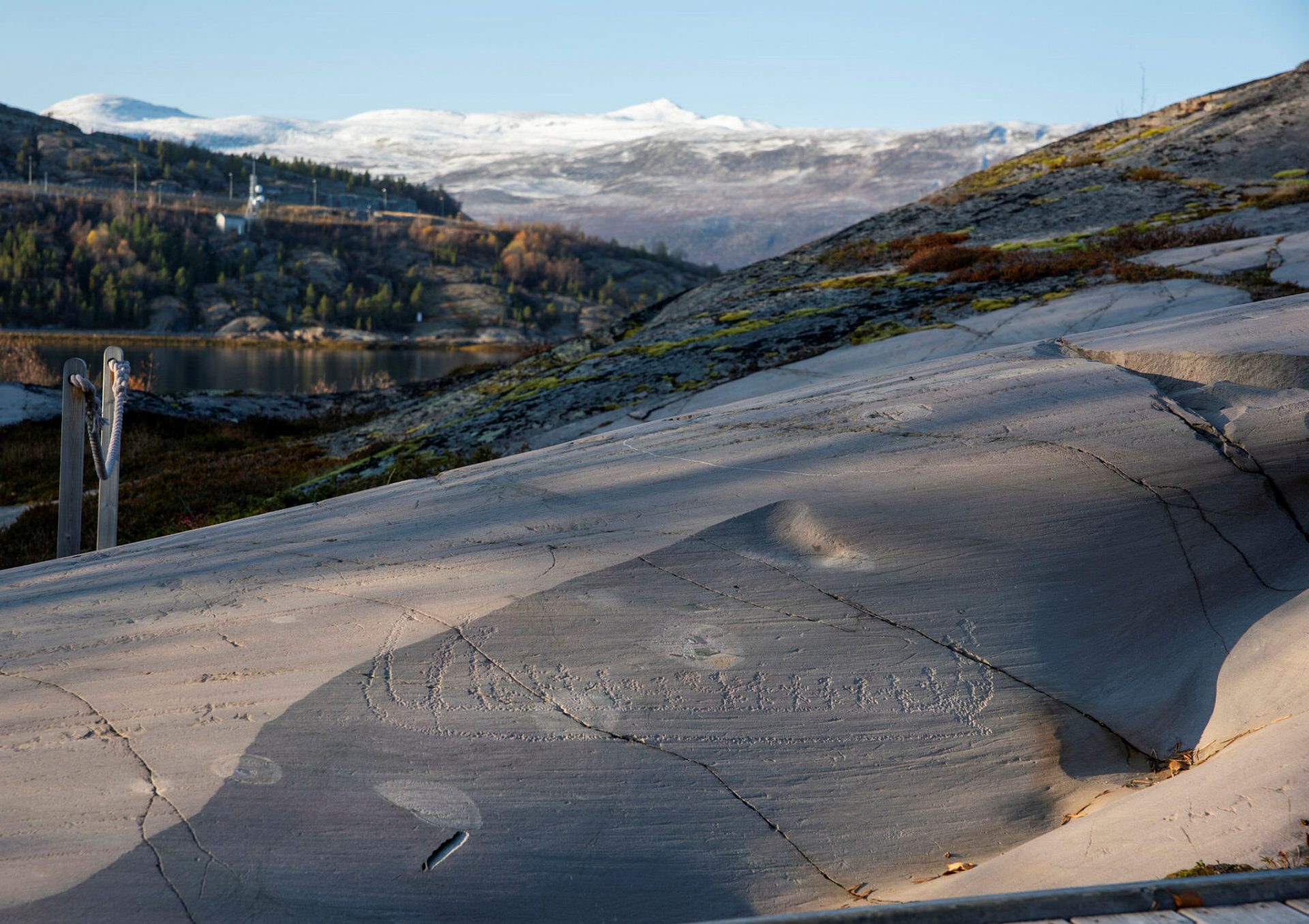 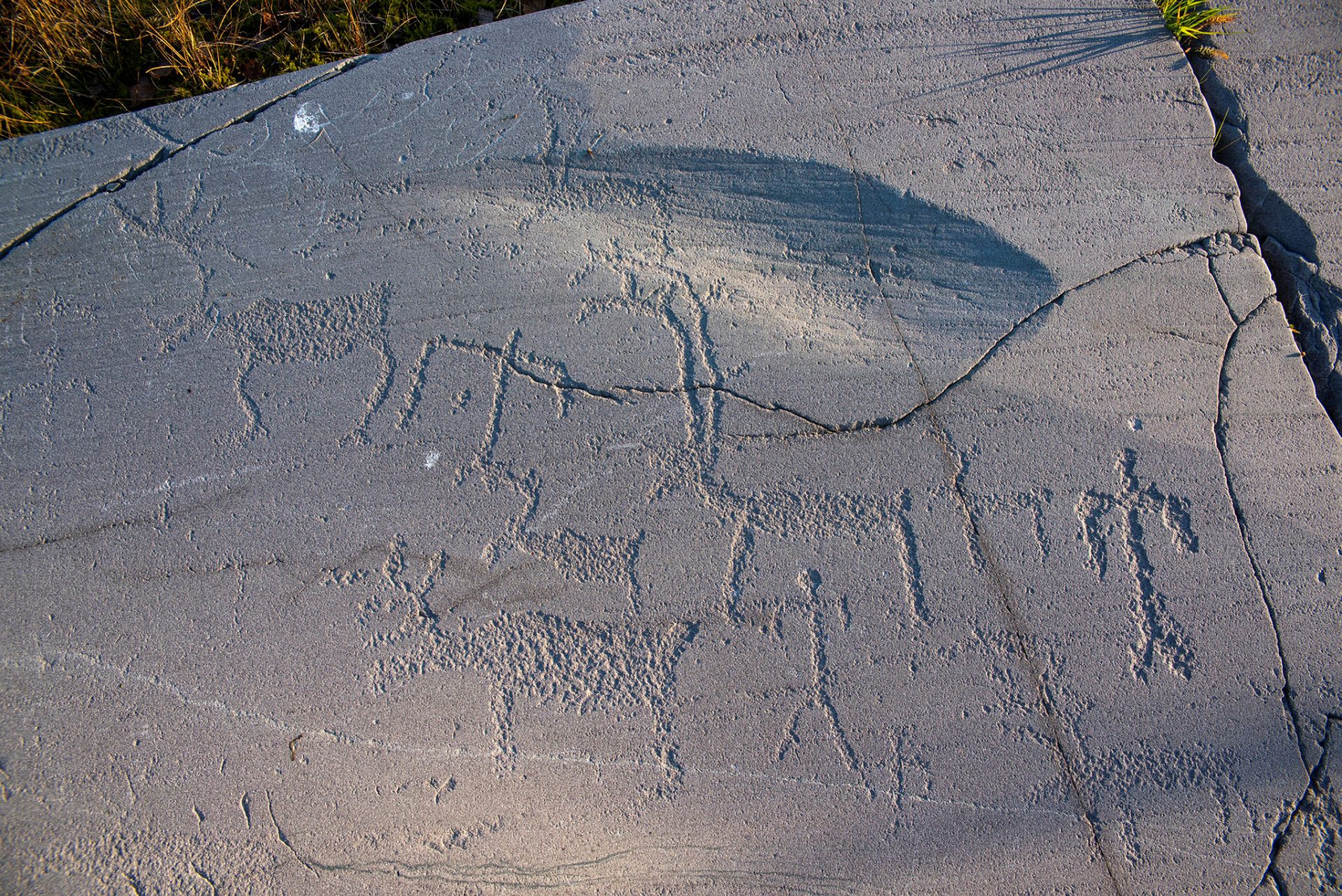 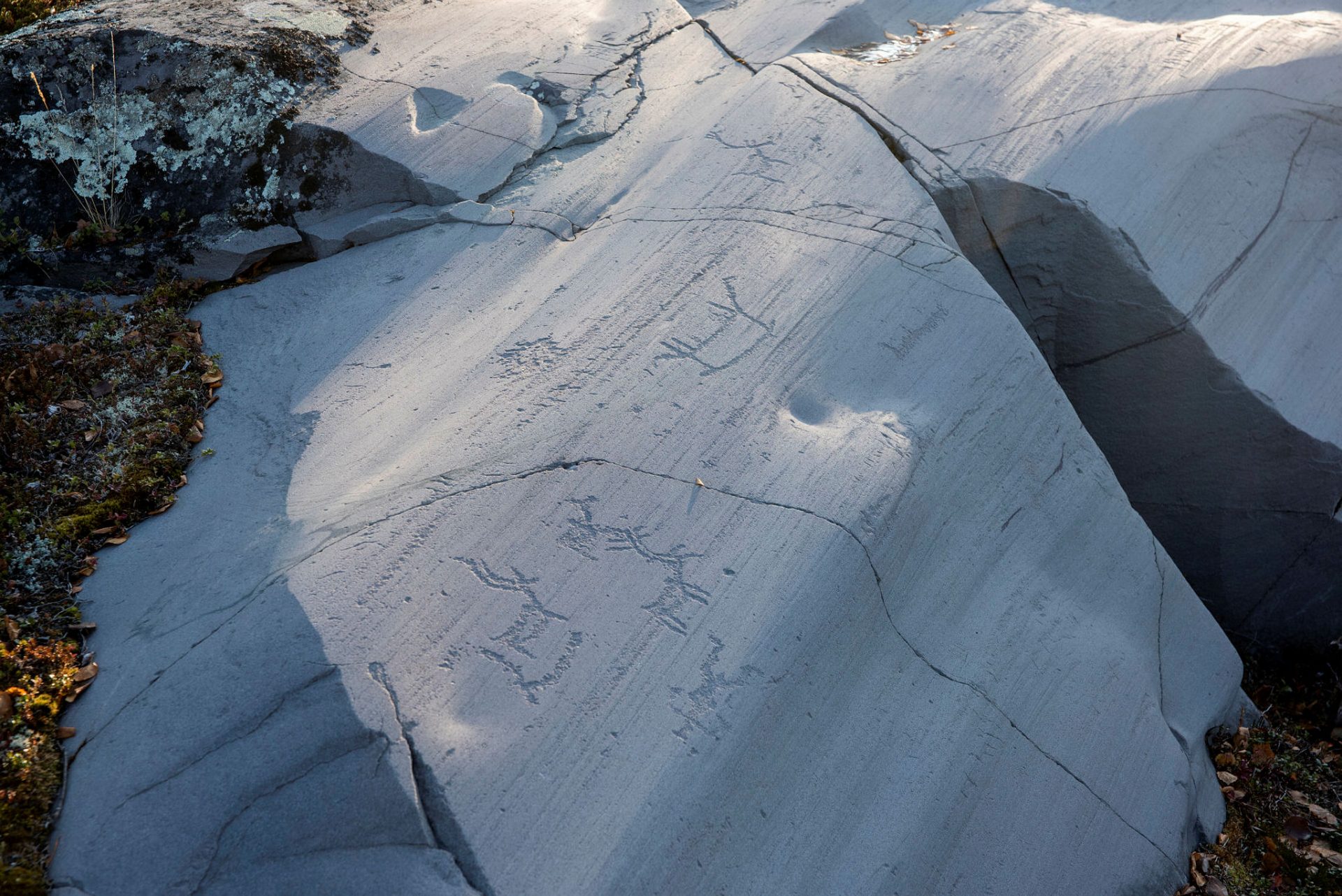 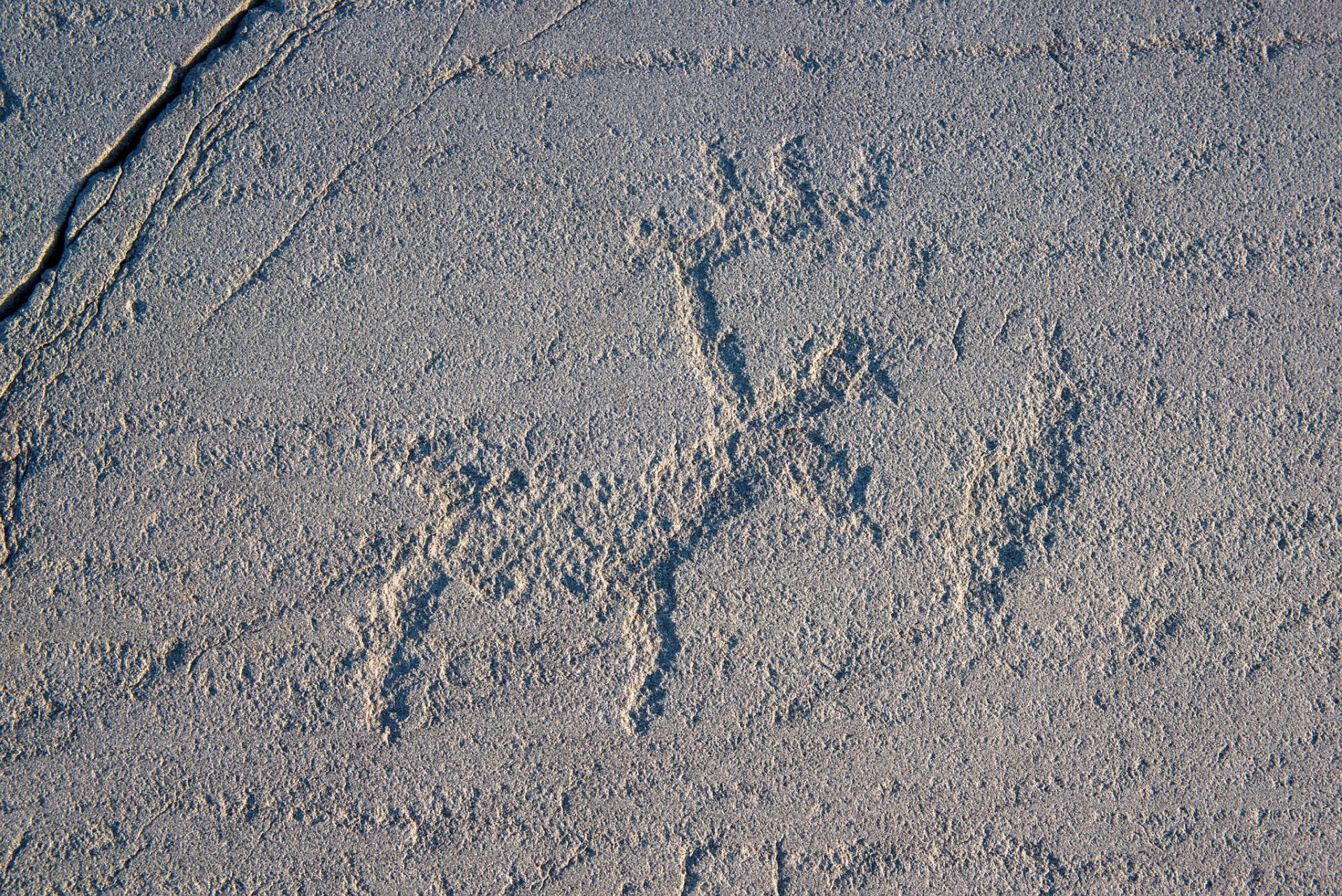 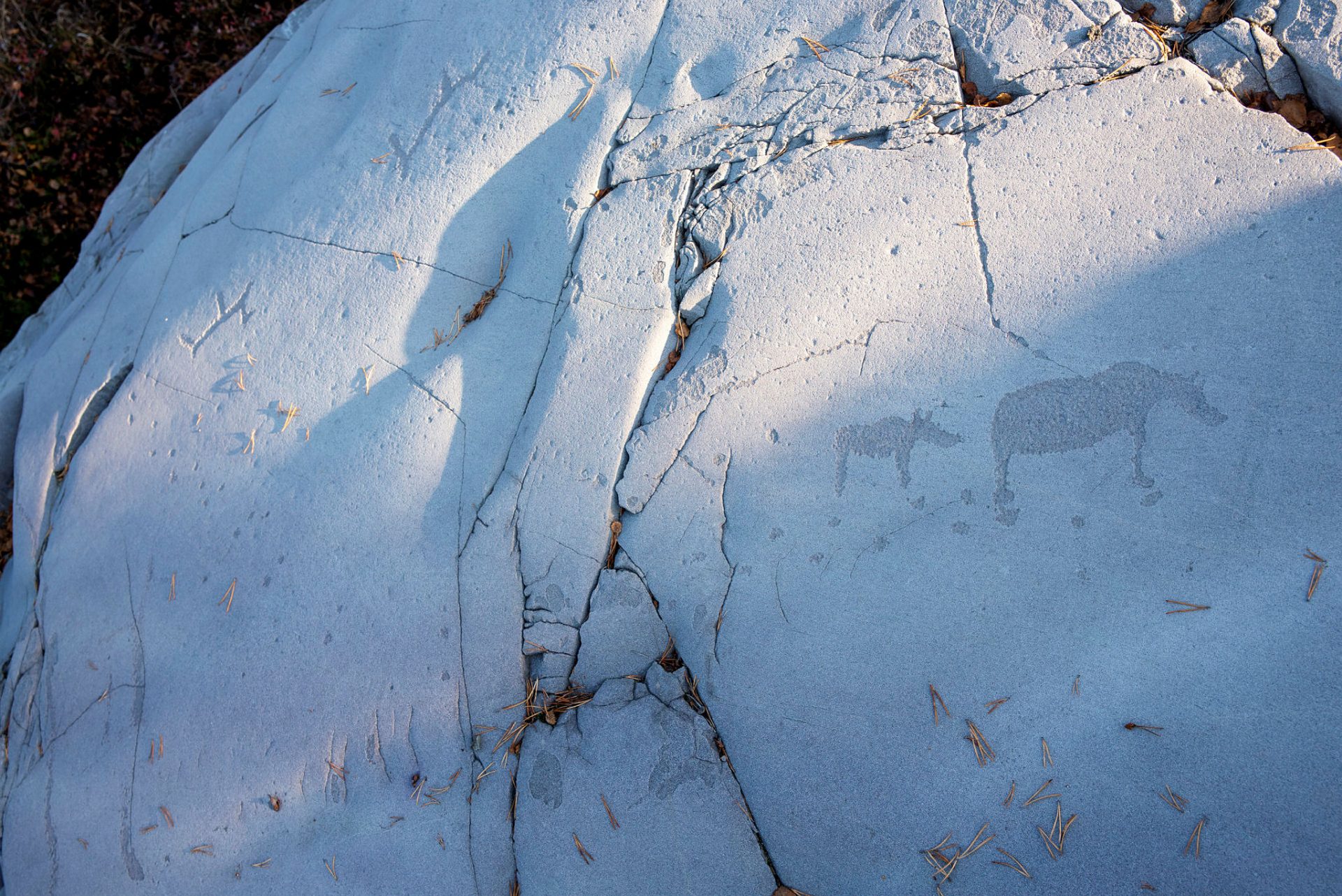 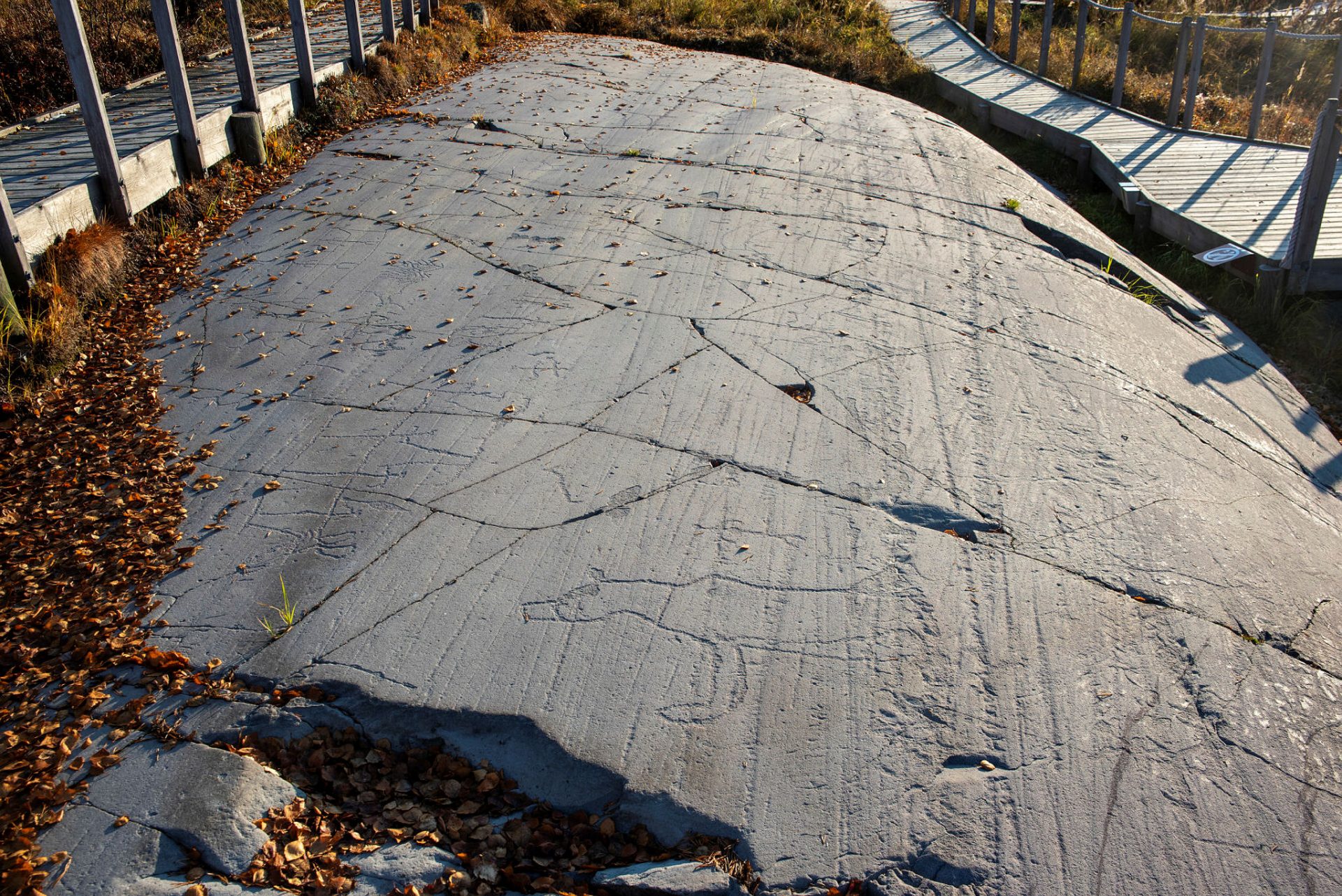 Rock carvings in Hjemmeluft in Alta: Bear on rock art surface, made accessible to the public.
Photo: Arve Kjersheim, the Dircetorate for Cultural Heritage 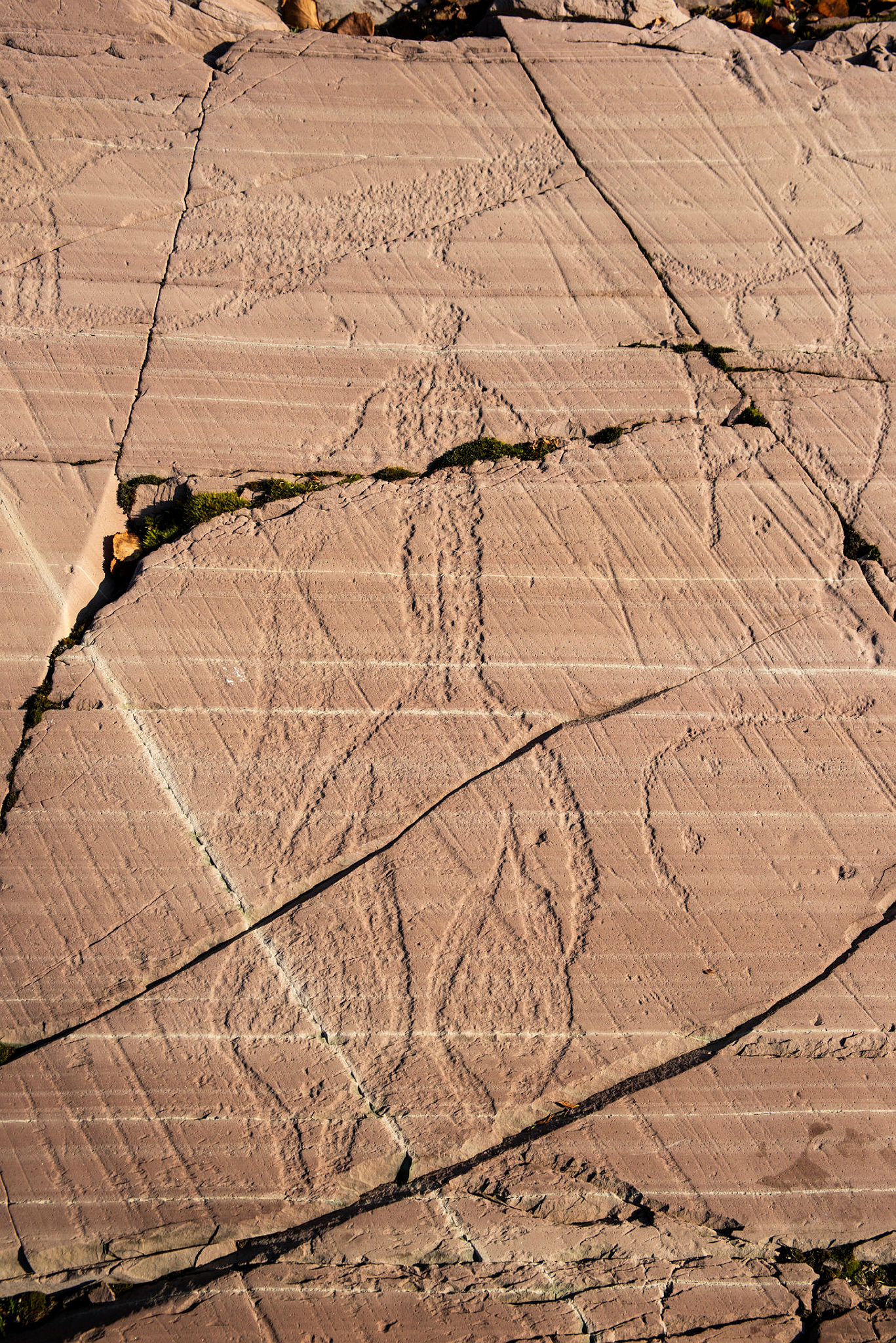 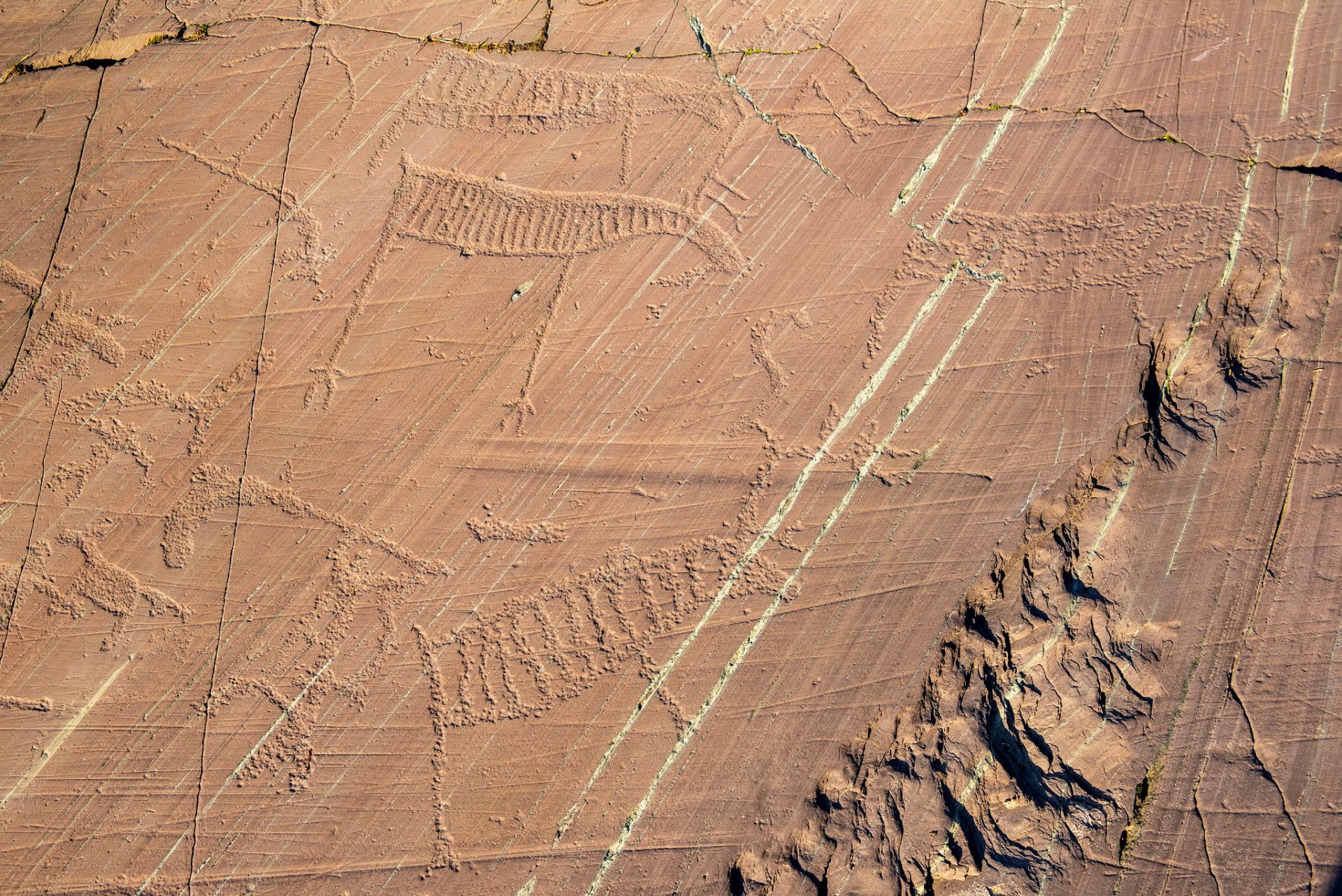 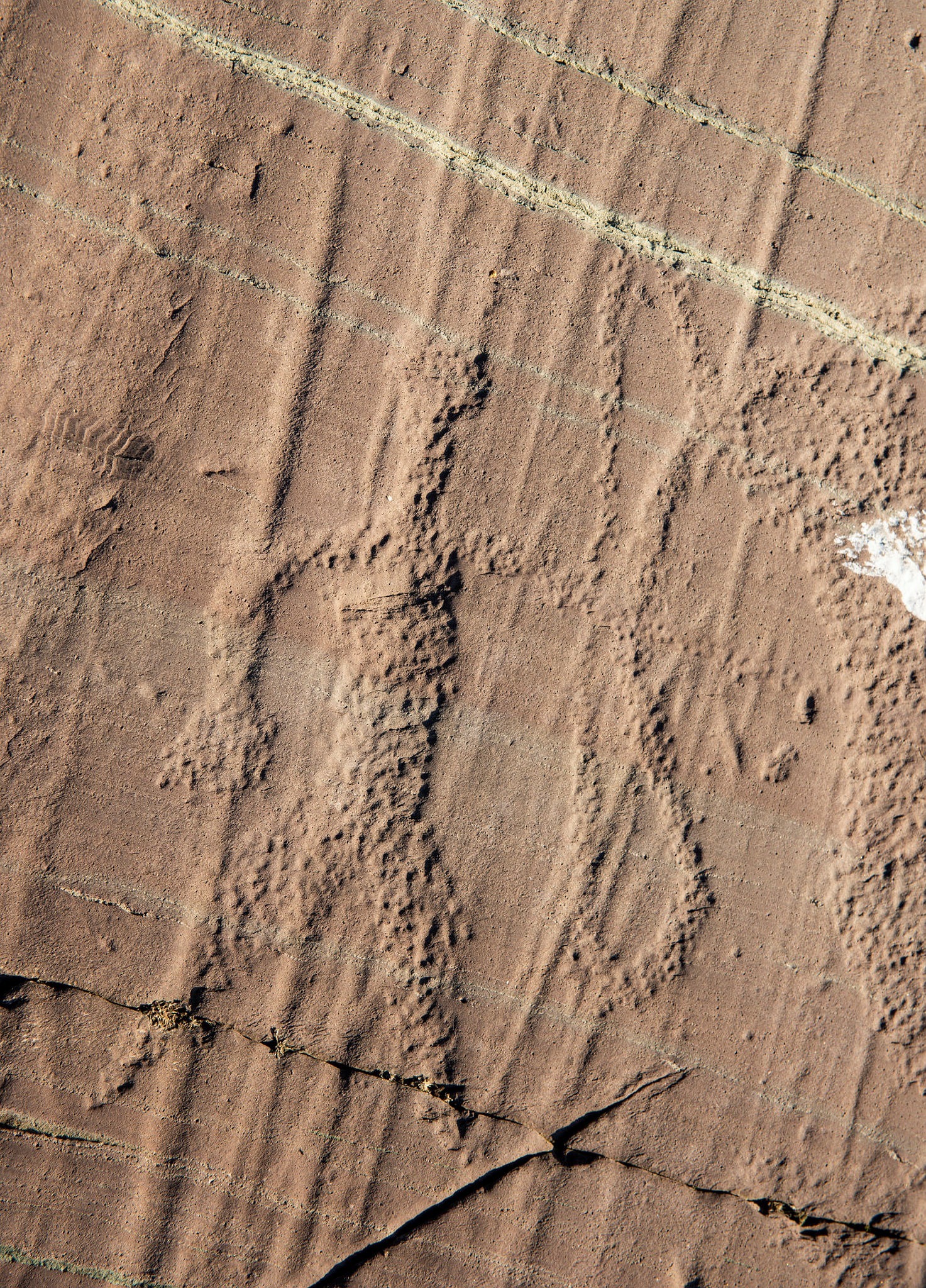 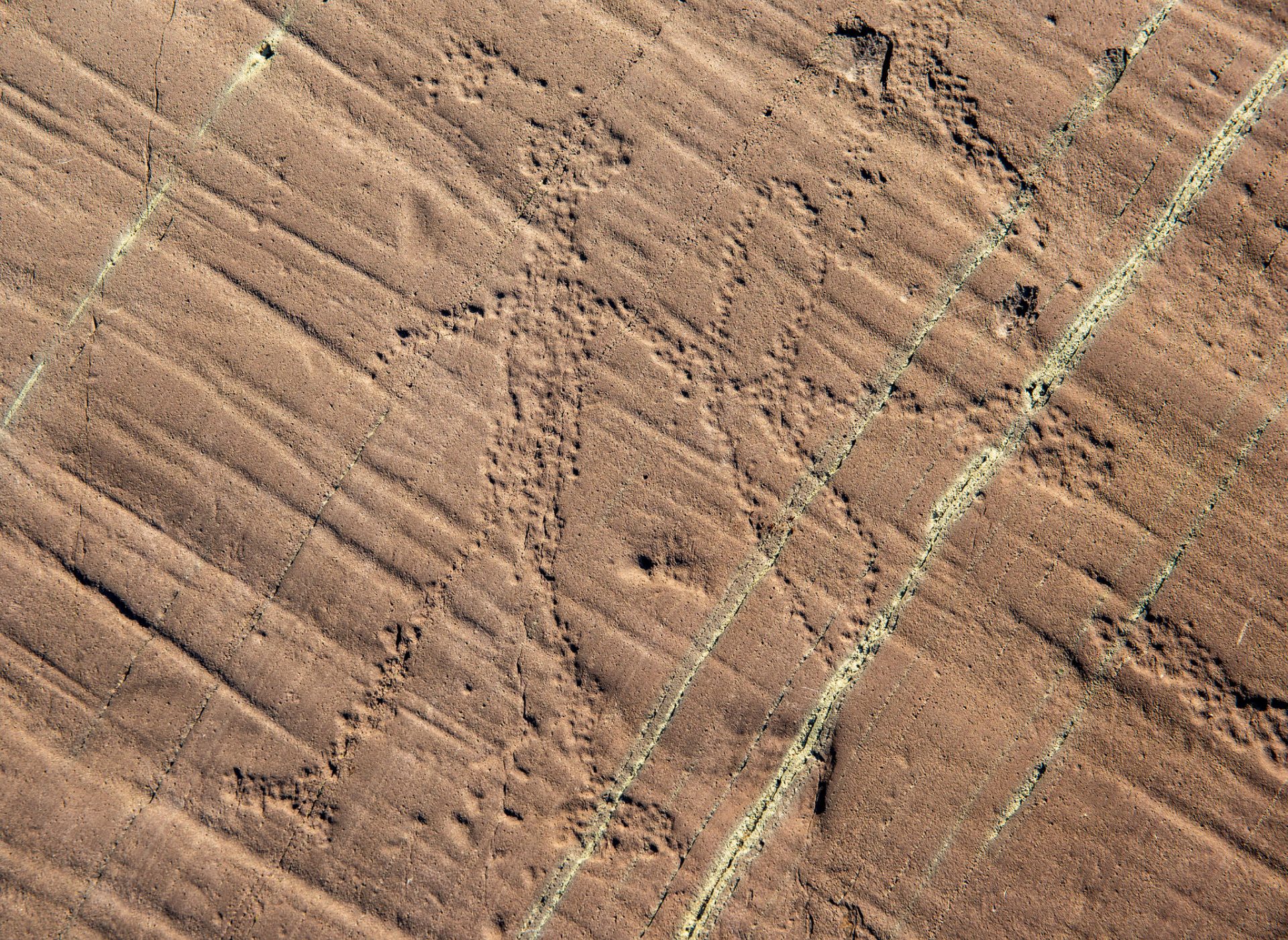